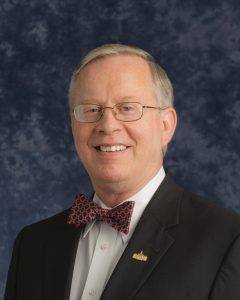 The proposed project, which is lauded by Texas Central as privately-funded and “the nation’s first high- speed train,” would connect Dallas and Houston with approximately 240 miles of track.  Travelers would allegedly be able to make the journey between these two hubs in under 90 minutes.  Additionally, the project would utilize all-electric Japanese train technology, that promises environmental benefits and reduced traffic congestion on I-45.

This elevator pitch may sound great, but it conveniently leaves out the project’s significant legal challenges, negative impact on private property owners, and financial viability issues.

To be clear, high-speed rail in Texas would come on the backs of rural Texas, including many of my constituents in Ellis and Navarro counties, who would be forced to sell their private property against their will.  According to Texas Central, they have been able to secure about a third of the land needed, but require eminent domain to obtain the rest and complete the project.  Eminent domain allows land to be forcibly purchased for fair market value for the public good, but I fail to see how a project that would provide no benefit to the rural Texans in question, many of whom live far from any of the planned stations, qualifies as for the public good.  Rural counties don’t exist for the benefit of Dallas and Houston, plain and simple.

In fact, legally, Texas Central may not be eligible to exercise eminent domain.  Although Texas Central has filed appeals and final decisions are forthcoming, at this point, they have been denied eminent domain at the state level for failing to meet the legal definition of a railroad and at the federal level for being a solely intra-state railroad. They may have made a couple of clumsy changes to make this look like it is connected to the interstate rail network, but as far as I can tell, Texas Central is fighting an uphill battle for this project to come to fruition.  Given the consequences for private property owners if Texas Central were to begin construction only for eminent domain to be ultimately denied, it is critical Texas Central hold-off on breaking ground until this matter is decided.

Beyond the eminent domain issue, I have serious concerns with the project’s cost, which has increased by 90% since the project was first proposed.  Rather than $10 billion, the Federal Railroad Administration now expects the project to cost upwards of $19 billion.  We need only to look to California, which just abandoned its high-speed rail boondoggle due to ever-skyrocketing costs, to see that even a $19 billion estimate is likely way off.  What’s more, while Texas Central long opined that its project would be privately funded, it has only raised around $400 million and now says it will seek assistance through the Railroad Rehabilitation and Improvement Financing and Transportation Infrastructure Finance and Innovation Act programs.

If Texas Central were successful in obtaining these loans and the project were not completed or failed to generate enough revenue to service the loans, American taxpayers would be on the hook for yet another failed high-speed rail project.

Like many Texans, I’ve spent a fair amount of time in bumper-to-bumper on I-45 and would love to see less congestion on this route.  However, when you look at the facts, this project is ill-conceived, a poor fit for Texas, and a raw deal for taxpayers.  Texas Central may want a high-speed rail, but no one wants a high-speed fail.