“I am so grateful for the Republican Party of Texas, Chairman James Dickey, and the hardworking staff and volunteers who help make our victory possible.  This election was a team win.  I look forward to working with RPT again this fall to keep Texas Red!”

It was our first test — and Republicans won!

Last night (January 28) was a huge win for Texas Republicans with the conclusive 16=point victory for State Representative-Elect Gary Gates over his socialist progressive Democrat opponent — a victory so convincing that Gary achieved double the 2018 margin-of-victory of former Republican State Representative John Zerwas and over five times the 2018 margin-of-victory of U.S. Senator Ted Cruz.

The Democrats had touted this race as their bellwether race and their first attempt to turn Texas blue in 2020.

But  the Republican Party of Texas has been laying the groundwork for a moment like this since November of 2018.  Creating a plan for victory in 2020, bringing awareness of the Democrats’ attempts to take over our state, uniting broad coalitions, testing systems, being a trusted partner, honing field operations, hiring more field staff earlier, launching the Volunteer Engagement Project and asking Texans to help Texas.  RPT was prepared and ready for this battle.

Last night’s win was absolutely a testament to Gary Gates and his campaign’s focused diligence in the field throughout the district during this Special Election.  Gary personally walked more than 17,000 doors.

This victory was also a testament to the RPT plan for Victory in November.  It is a plan we will continue to refine so that we not only defend Texas and the White House, we grow the number of elected Republicans in every county at every level.

Gary’s victory was also a massive rebuke of leftist Beto O’Rourke and his fellow Socialist Progressive Democrats, including several running for President, who parachuted in to try to peddle their far-left ideologies to Texans.  Despite them spending hundreds of thousands of out-of-state dollars attempting to push Gary’s Democrat opponent over the line, Texas voters sent a clear message — a resounding rejection of Socialist Democrats’ gun grabbing, church-taxing, abortion-on-demand policies.

Congratulations again to Gary Gates and his campaign for this fantastic victory for Texas and for the constituents of Texas House District 28!  The Republican Party of Texas is proud to have been part of this effort!

The Democrats can parade around their socialist and their progressives — Joe Biden, Elizabeth Warren, Beto O’Rourke — but we are ready for them.  We will defend Texas from the liberals’ socialism and we will unite to fight again for victories from the White House to the courthouse this November.  We will keep Texas red. 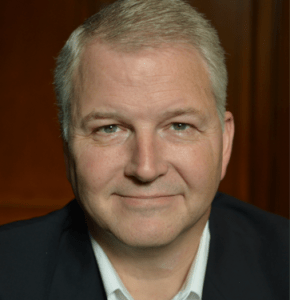