AUSTIN — If Texas is going to be competitive in 2020, the first race wasn’t.

Democrats went all in on a legislative runoff in the booming Houston suburbs, drumming up endorsements from Joe Biden and Elizabeth Warren and putting $ 1 million on the ground.  Still, a Republican real estate developer, who had lost several previous tries for office, cruised to a double-digit victory.

It was a high-profile defeat for Democrats who supercharged a sleepy statehouse special election in a bid to make an early 2020 strike on the GOP’s biggest turf.  On Wednesday, Republicans called it a lesson. 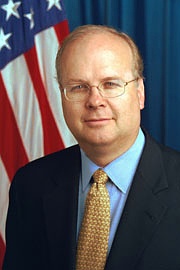 “They made a big mistake by nationalizing,” said Republican strategist Karl Rove, the former adviser to President George W. Bush.  In the final unofficial results, Republican Gary Gates polled 58% of the vote to 42% for Democrat Eliz Markowitz.

But despite the unusual attention on the race, the outcome is no surefire predictor of what’s in store for Texas.  Turnout for the race was more than 30,000 — far better than typical statehouse run-offs in Texas, but still a fraction of how many are expected to vote in fast-growing Fort Bend County come November.  Democrats, who need to flip nine legislative seats to claim a majority in the Texas House for the first time since 2001, have more favorable targets than House District 28.

But before Tuesday’s blowout, Democrats said there was reason to believe.  President Donald Trump carried the district by 10 points in 2016, but two years later, Beto O’Rourke got within 3 points in his failed U.S. Senate run.  In the final stretch, the race drew support from Biden, who said it could “set the tone for the entire general election in 2020.”