U.S. Representative Ron Wright (R-CD6) visited the Corsicana Navarro College campus Tuesday February  25 to present Coach Monica Aldama and her cheerleading team with a Certificate Of Recognition for their achievement in the Netflix documentary “Cheer” which premiered in January.  The six-part series was an unprecedented hit, attracting viewers not only within the cheerleading community, but worldwide. 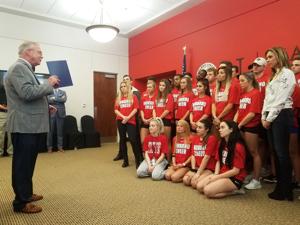 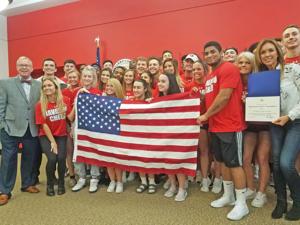 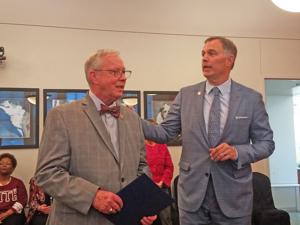 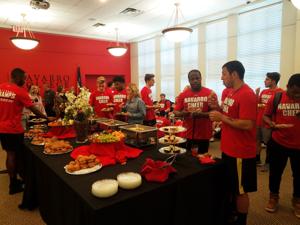 Reception for Navarro College cheerleaders in the Bull Dog Room.