The Korean War Memorial in Washington D.C. reminds us:  “Freedom is not free!”  Americans have long understood this, and across the generations, millions of men and women — serving as soldiers, sailors, and airmen — have chose to serve their fellow citizens by entering the U.S. military.  They have been willing to give their time, talents, and even their lives to protect America and her cherished freedoms.  To honor these courageous patriots, November 11, is set aside as Veteran’s Day. 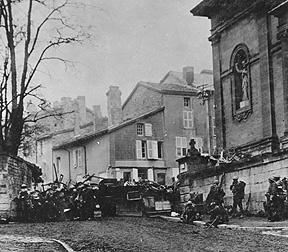 World War I, then normally referred to simply as The Great War (no one could imagine any war being greater!), ended with the implementation of an armistice [temporary cessation of hostilities — in this case until the final peace treaty, the infamous Treaty of Versailles, was signed in 1919] between the Allies and Germany at 11 AM on November 11, 1918.

The following year November 11, 1919, President Woodrow Wilson proclaims the first Armistice Day to commemorate the peace.  The original concept for the celebration was for the suspension of business for a two minute period beginning at 11 AM, with the day also marked by parades and public meetings.

On the second anniversary of the armistice, France and the United Kingdom hold ceremonies honoring their unknown dead from the war.  In America, at the suggestion of church groups, President Wilson names the Sunday nearest Armistice Day, on which be held worship services in the interest of international peace.

Congress passed legislation approving the establishment of a Tomb of the Unknown Soldier in Arlington National Cemetery, declaring November 11, 1921 a legal holiday to hold the ceremony and to honor all those who participated in the war. 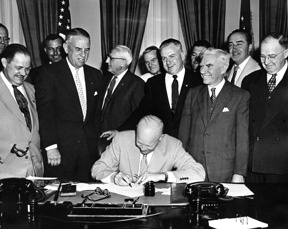 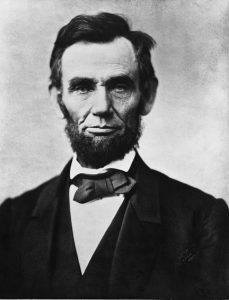 Respecting our soldiers has long been part of our American fabric of life.  For example, President Abraham Lincoln said:

Honor to the Soldier and Sailor everywhere, who bravely bears his country’s cause.  Honor also to the citizen who cares for his brother in the field, and serves, as he best can, the same cause — honor to him . . . who braves for the common good the storms of heaven and the storms of battle.

I am indeed very grateful to the brave men who have been struggling with the enemy in the field, to their noble commanders who have directed them, and especially to our Maker . . . we should, above all, be very grateful to Almighty God, Who gives us victory.”

This Veteran’s Day, be sure to thank a veteran for their service.  Perhaps even take time out of your day to visit some veterans at a local nursing home, where sometimes many have been tragically abandoned or have no family members remaining.  And let’s also remember those who sacrificed so much for us across the centuries, from the American Revolution to the current War on Terror.  May we never cease to be thankful — and to express that gratitude — for those who are willing to give so much for the rest of us. 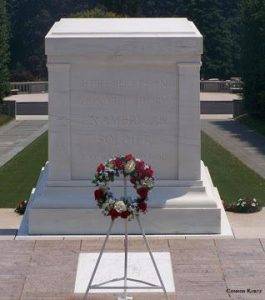 An influx of voter registration, GOTV, and solid Republican messaging contributed to one of the most successful Senate campaigns in Texas history. ... See MoreSee Less

Democrats seemed to do everything right, but the GOP quietly carried the day.
View on Facebook
·Share

“Americans have always understood that, truly, one must give in order to receive. This should be a day of giving as well as a day of thanks.” President Ronald Regan #happythanksgivng #gop #txgop ... See MoreSee Less

Meanwhile... her party is filibustering $500 billion in COVID relief!

And Joe Biden is cheering them on.

My message to #BigTech: By labeling posts, you’re taking a policy position.

When taking a policy position, you’re acting as a publisher (even under current law).

You can’t pretend to not be a publisher AND get “corporate welfare” benefits under #Section230.

It's time for Big Tech to STOP the censorship! ... See MoreSee Less

Important Election Research From the MRC.

Today, our friends at the Media Research Center released a report that shows the impact media bias had on the 2020 Presidential Election. ... See MoreSee Less

SPECIAL REPORT: The Stealing of the Presidency, 2020

The left-wing news media didn’t just poison the information environment with their incessantly negative coverage of President Trump going into the 2020 election. They also refused to give airtime to...
View on Facebook
·Share